Toronto International Film Festival (TIFF) 8 September: Oscar-winning director, Danis Tanovic, took to the stage to resounding applause following the screening of Tigers, his new 90-minute fact-based drama, and revealed that the character played by Emraan Hashmi, called Ayan in the film, was actually in the theatre. Syed Aamir Raza, the former Nestlé formula salesman, and his wife Shafqat, took on the world’s largest food company when they realised that babies were dying as a result of aggressive marketing. They joined the director, producers and stars on stage to a standing ovation.

The International Baby Food Action Network (IBFAN) came to Aamir’s aid when he called on Nestlé to stop pushing formula and is represented in the film as ‘The HUB’. The character Maggi, played by Maryam D’Abo, is an amalgamation of several IBFANers, three of whom were at the premiere, co-writer Andy Paterson told the audience: Baby Milk Action’s Patti Rundall and Mike Brady from the UK (who also acted as consultants to the filmmakers) and Tracey Wagner-Rizvi, who worked at the IBFAN group in Pakistan. 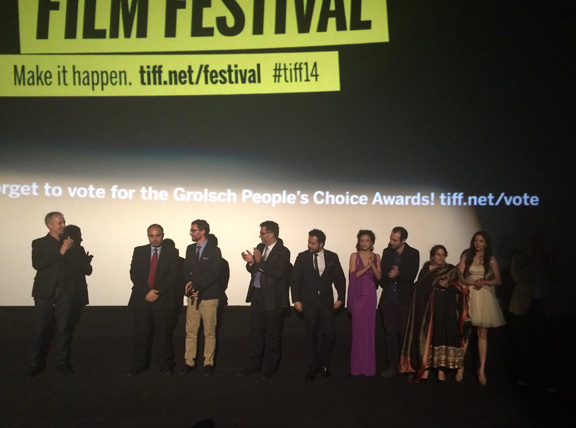 ‘The mission we began in Pakistan was on a very small scale, but thanks to the filmmakers it has come into a very powerful medium to reach people all around the world. I am grateful to everyone who worked on this film and made it possible. I was not expecting that at the end of the film I would be accepted with a standing ovation. I am thankful that people love it and understand what we have been struggling to do as a family.’

‘Co-writers Danis and Andy have done an amazing piece of work. Tigers accurately captures the tension of these true events when we were trying to bring Aamir’s evidence of marketing malpractice to public attention in a way that would keep him safe. With a deft touch they also show the power of corporations and the challenges campaigners and journalists face in exposing them. Tigers will grip you whether you are interested in the baby milk issue or not.’ 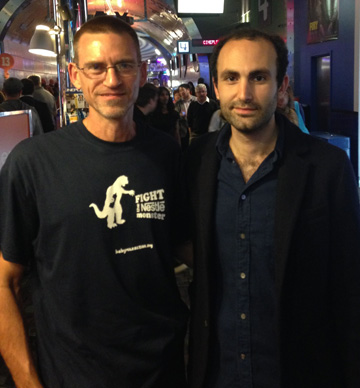 ‘Unlike the many documentaries that have exposed this problem over the years, this movie will not only entertain, but will reach many more people at a very personal level – showing the pressure on those who work for these transnational corporations and the realities we face in our work when trying to stop human rights abuses. I am so grateful to Danis and Andy for never giving up on this film, and to Prashita Chaudhary and Guneet Monga for coming to its rescue.’

The film will be shown again at TIFF on Wednesday and Saturday (click here for tickets). There is also a showing for accredited media on 10 September, 9:15PM, Scotiabank 7 (Scotiabank Theatre).

The film then moves to the San Sebastian International Film Festival for a screening on 25 September.

A letter from the Minister for Multiculturalism, Jason Kenney, PC, MP, was presented to Syed Aamir Raza by his representative, Bob DechertMP. 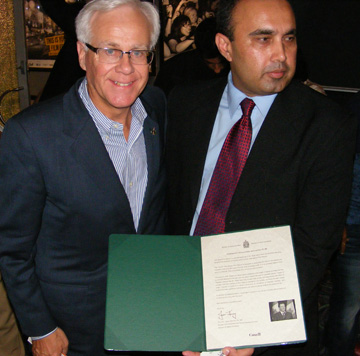 This stated, in part:

‘The Toronto International Film Festival is dedicated to presenting the best of international and Canadian cinema to film lovers from an array of backgrounds. It is an excellent platform from which to share Mr. Raza’s incredible story of courage and conviction.

‘The account of Mr. Raza’s principled stand in defence of the health of babies and their families is one that deserves to be told, and one which reflects the best of Canadian values….

‘As Minister for Multiculturalism, I would like to commend you for your bravery and to thank you for sharing your story with the world.’

Aamir now lives in Toronto with his family and drives a taxi. He appears in the film as Ayan, played by Emraan Hasmi, who met him and Shafqat prior to the premiere. Shafqat is played by Geetanjali. 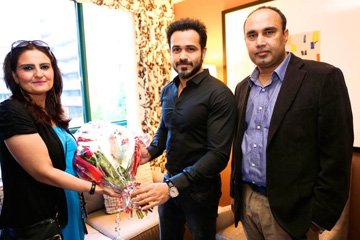 One issue that Aamir’s situation highlighted was the impossibility of seeking refuge from a corporation. When Aamir was unable to return to Pakistan after the events depicted in the film, Infact Canada and others campaigned for his right to stay, a struggle beset with obstacles. In the end it took letter writing campaigns, petitions and the pro bono assistance of a prominent lawyer to secure his right to remain. 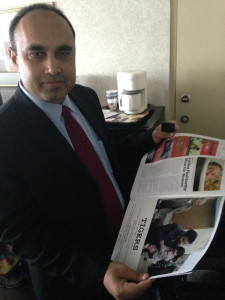 IBFAN continues to campaign against aggressive and misleading marketing of breastmilk substitutes by all companies in the developing and industrialised world and for the regulations introduced in Pakistan following the stand taken by Aamir to be fully implemented and enforced.

Baby Milk Action will post information on other screening dates as they become available to its special Tigers webpage:http://www.babymilkaction.org/tigers

People can also sign up to be alerted when Tigers comes to their location.